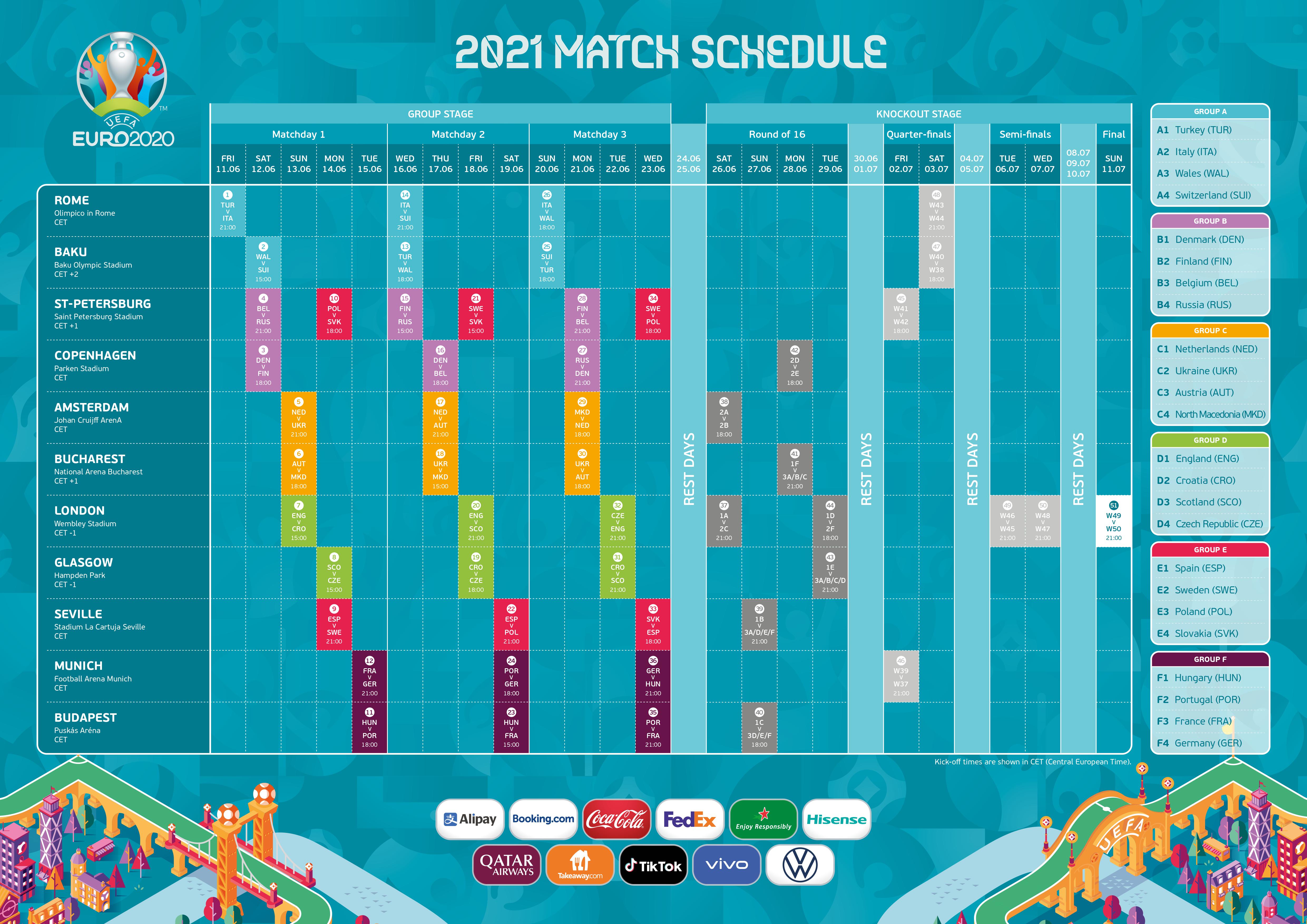 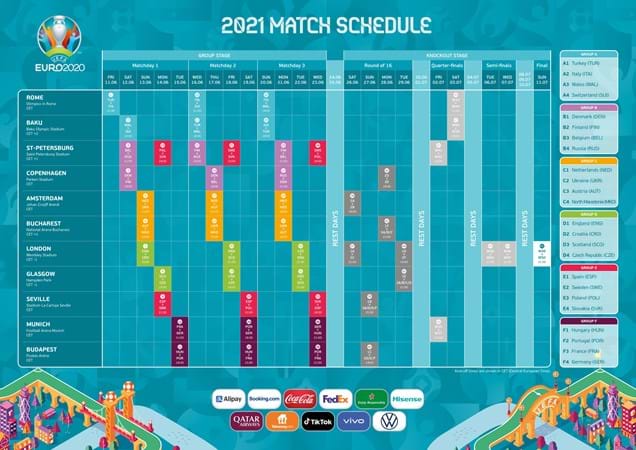 Rome will be one of the eleven cities that will host UEFA EURO 2020. The other ten cities (seven of which are also capital cities) are Amsterdam, Baku, Bucharest, Budapest, Copenhagen, Glasgow, London, Munich, Seville and St. Petersburg. There will be eleven stadiums with a capacity of over 50,000, while six counties are set to host the final tournament for the first time (Azerbaijan, Denmark, Hungary, Romania, Russia and Scotland).

Italy will be hosting the EURO for the third time, with the final of this tournament having already been held at the Stadio Olimpico in Rome on two occasions (1968 and 1980). A total of 51 matches will be played, the first of which will take place at the Stadio Olimpico (with a 25% capacity, equal to around 16,000 spectators) on 11 June 2021 following UEFA's decision to postpone the competition for one year due to the Covid-19 pandemic.

The tournament’s concept. UEFA want EURO 2020 to be a “pan-European festival of football”. It will be a 24-team tournament that will take place in eleven cities for the group stage, the round of 16, and the quarter-finals; however, only one city (London) will host the semi-finals and final. UEFA's objective behind this choice was to involve a greater number of associations, countries and cities in the organisation of the event in a spirit of substantial and shared participation within the European football family on the occasion of the 60th anniversary of the first European Championship tournament.

The “Euros for Europe” concept came into being in December 2012, when then-UEFA President Michel Platini’s proposal based on this idea was approved by the UEFA Executive Committee in London. In April 2013, European federations were sent invitations to bid on hosting games at the tournament, 32 of whom declared an interest in doing so in September of that year. On 25 April 2014, UEFA announced that 19 cities had submitted dossiers. There were two bids for both the Finals Package and Standard Package, while there were 17 bids for just the Standard Package.

UEFA then assessed the dossiers that had been handed in and published evaluation reports of the bids on 10 September 2014. Members of UEFA’s Executive Committee then chose the host cities on 19 September in Geneva. In April 2021, the UEFA EURO 2020 calendar was reshaped following the renouncement of Dublin and Bilbao as host cities. The matches scheduled in Spain were moved to another city in the same country (Seville), while the matches scheduled in Ireland were moved to St. Petersburg (group stage) and London (one round of 16 match).

Cities and Stadia. Here is a full list of venues that will host matches during UEFA EURO 2020 (Click to visit the page dedicated to each of the 11 host cities).

NA Platform is operated by the NA. UEFA does not assume any legal liability or responsibility for the accuracy or completeness of any information on this NA Platform and the opinions expressed on this NA Platform do not represent the opinions or policies of UEFA. The UEFA word, the UEFA logo, UEFA marks and all footage related to UEFA’s competitions are the property of UEFA and are protected by copyright, trade mark and other intellectual property laws. No use may be made of such logos or trade marks.